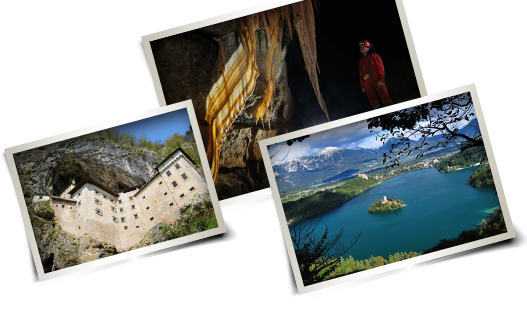 Mediterranean climate on the coast, continental climate with mild to hot summers and cold winters in the plateaus and valleys to the east.

A short coastal strip on the Adriatic, an alpine mountain region adjacent to Italy and Austria, mixed mountains and valleys with numerous rivers to the east

The Slovene lands were part of the Austro-Hungarian Empire until the latter's dissolution at the end of World War I. In 1918, the Slovenes joined the Serbs and Croats in forming a new multinational state, which was named Yugoslavia in 1929. After World War II, Slovenia became a republic of the renewed Yugoslavia, which though Communist, distanced itself from Moscow's rule. Dissatisfied with the exercise of power by the majority Serbs, the Slovenes succeeded in establishing their independence in 1991 after a short 10-day war. Historical ties to Western Europe, a strong economy, and a stable democracy have assisted in Slovenia's transformation to a modern state. Slovenia acceded to both NATO and the EU in the spring of 2004; it joined the eurozone in 2007.

Slovenia became the first 2004 European Union entrant to adopt the euro (on 1 January 2007) and has experienced one of the most stable political and economic transitions in Central and Southeastern Europe. With the highest per capita GDP in Central Europe, Slovenia has excellent infrastructure, a well-educated work force, and a strategic location between the Balkans and Western Europe. Privatization has lagged since 2002, and the economy has one of highest levels of state control in the EU. Structural reforms to improve the business environment have allowed for somewhat greater foreign participation in Slovenia's economy and helped to lower unemployment. In March 2004, Slovenia became the first transition country to graduate from borrower status to donor partner at the World Bank. In 2007, Slovenia was invited to begin the process for joining the OECD; it became a member in 2012. Despite its economic success, foreign direct investment (FDI) in Slovenia has lagged behind the region average, and taxes remain relatively high. Furthermore, the labor market is often seen as inflexible, and legacy industries are losing sales to more competitive firms in China, India, and elsewhere. In 2009, the global recession caused the economy to contract - through falling exports and industrial production - by 8%, and unemployment to rise. Although growth resumed in 2010, it dipped into negative territory in 2012 and the unemployment rate continued to rise, exceeding 12% in 2012.

Three equal horizontal bands of white (top), blue, and red, derive from the medieval coat of arms of the Duchy of Carniola; the Slovenian seal (a shield with the image of Triglav, Slovenia's highest peak, in white against a blue background at the center; beneath it are two wavy blue lines depicting seas and rivers, and above it are three six-pointed stars arranged in an inverted triangle, which are taken from the coat of arms of the Counts of Celje, the great Slovene dynastic house of the late 14th and early 15th centuries) appears in the upper hoist side of the flag centered on the white and blue bands.